Being drafted into the NHL is one of the biggest highlights of every pro hockey player’s life. To finally realize your dream and be told by an NHL franchise “we believe you are good enough to play in the league,” is a feeling that cannot be put into words. Mostly because we’ve never been drafted into the NHL (we’re beer leaguers after all).

Many of the photos NHL draft picks are forced to take end up being fodder for locker room and on-ice chirps for the rest of their careers. A group of 18 to 20 year-old kids, most often still battling acne, forced to pose in awkward and unflattering positions – it’s a recipe for disaster. Nevertheless, it makes for some great entertainment for the rest of us!

Here are our 10 worst NHL draft pick photos of all time.

Kabanov was taken 65th overall when he was drafted, but that smile is definitely top 10. It’s almost as if he didn’t know the camera and flash would be there when they told him to open the curtain. This isn’t the only picture either – there are more (peace bra, tongue out winky face & curtain creeper). WOW! What a fantastic shot here! Not only does the stick completely block Red Wings draft pick Jake Paterson’s face, he probably didn’t catch the puck either. The expected reaction of someone who knows they’ll be playing in Edmonton. Good thing Connor McDavid is amazing at hockey because by the looks of that forced smile, he doesn’t have much of a future acting career. 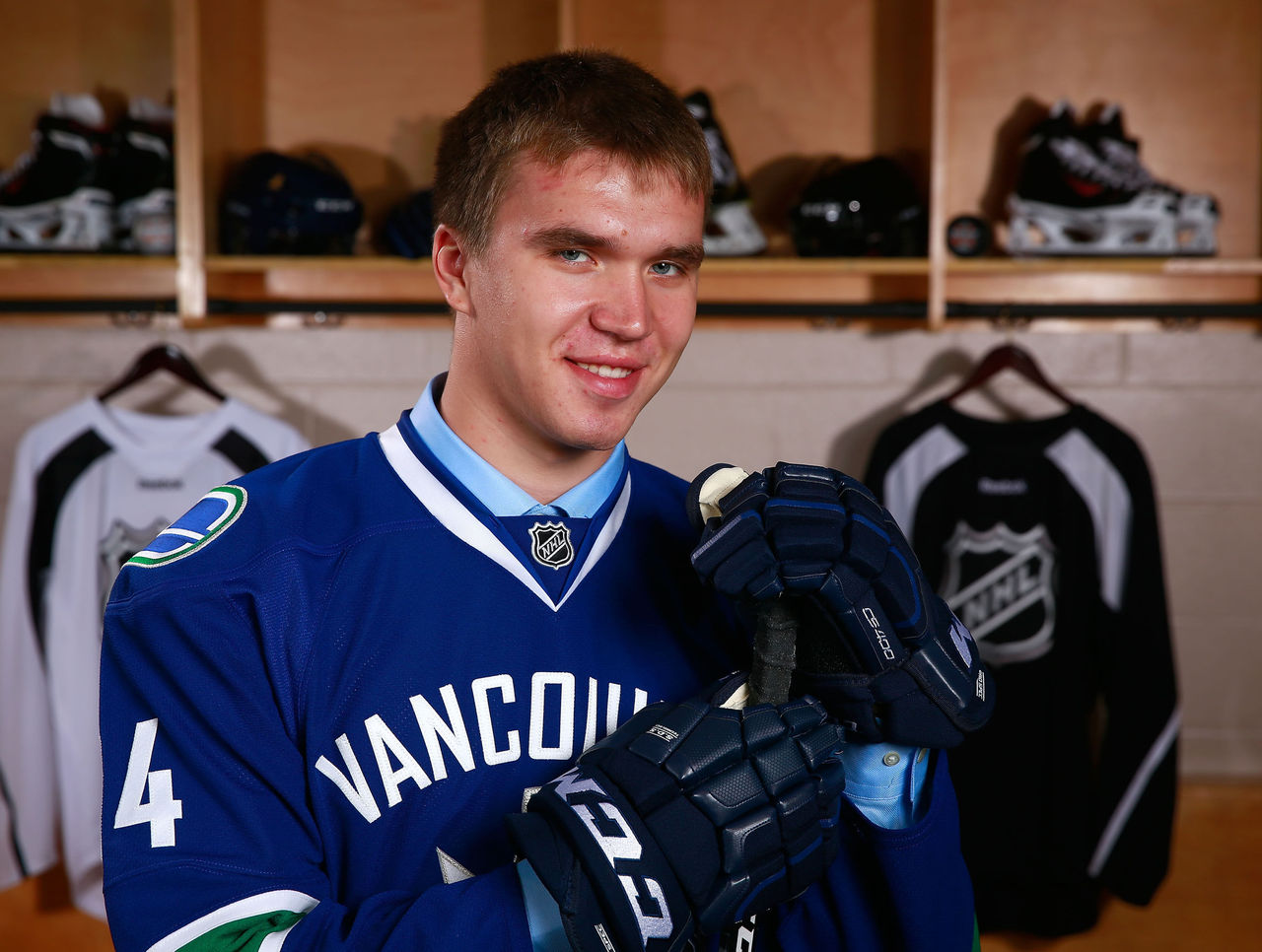 In the summertime, Alexander drives an ice cream truck and creeps out all the kids in the neighborhood.

The look on young Aaron Ekblad’s face can only mean one of two things. Either his new owner made a very uncomfortable joke or he just realized how many smoke shows he will now call neighbors after being drafted by a team in Florida. Good for you big guy.

“Ok Miles hold the stick like your softest blanket and give us the ‘my girlfriend just broke up with me look’.” That had to be what the photographer said because there was no way they actually told him to try and look tough. Yikes.

This is an actual photo for an NHL draft pick. I know you may have been confused because they gave one of the best young players in the world a street hockey stick that is the wrong handedness for his official draft pic. That does not make up for the “I’m not quite sure if I’m tough look” and the Justin Bieber hair cut. 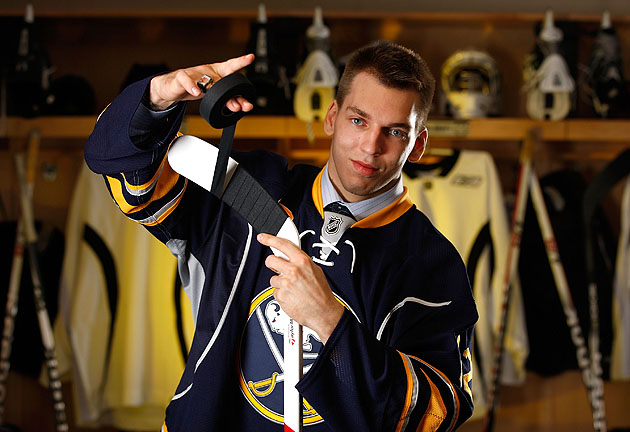 One of the themes for draft pictures in 2012 was players taping their sticks in a pretend locker room. Most guys did their normal tape job while the camera snapped away. But not Sabres draft pick Zemgus Girgensons. He took the opportunity to pause, stare at the camera, toss up a little rock-on sign, and show off his junior championship ring. The camera loves you Zemgus! 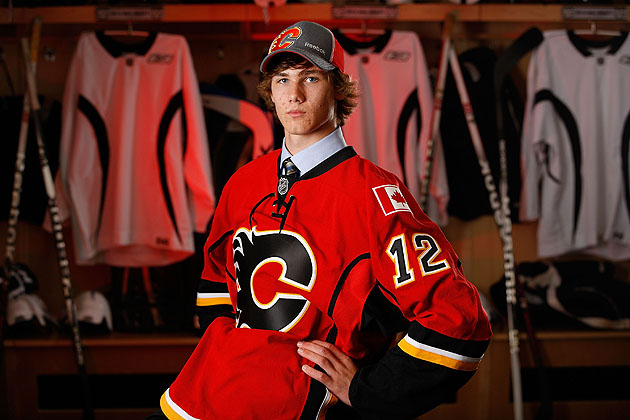 We have seen some great pictures, but this one takes the cake! What is the weird puff in the bottom of his jersey? The awkward hand on the hip, acne on his face, long hair everywhere, and an expression that says “I have no F’in idea what they want me to do here”. Hopefully. your career works out better than this picture did Mark.