Unless your team was in the Stanley Cup finals, hockey may not be the first thing on your mind in the middle of June… then again, if you’re like us, hockey doesn’t have an offseason.

Regardless, one June event you can’t miss is Father’s Day. And for those of you lucky enough to have a dad or husband who mucks it up in a beer league, the Hockey Players Club is here with 5 gifts to ensure this Father’s Day is a memorable one! 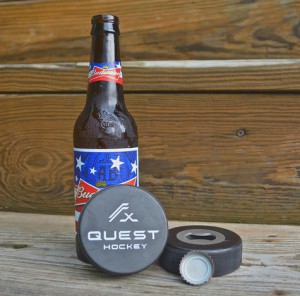 It’s called beer league hockey for a reason. Having a cold one with the boys in the room after a late night tilt is often motivation enough for most of the guys to even show up in the first place. So why not give the man in your life the coolest bottle opener on the team? Puck Off Openers are hockey pucks with a bottle opener on one side. Not only customizable, they have one for every NHL team. 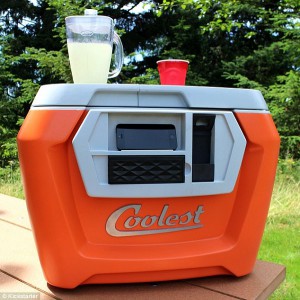 It may be cold outside the arena and on the ice, but your brews are still in jeopardy of getting warm in the locker room. The best way to do this is with a Coolest Cooler. These killer containers do a lot more than just keep things cold. They feature a USB port for charging phones, a speaker, and even a rechargeable blender on top.  Your beer league dad just became team bartender and DJ in one gift. Next up, his team’s MVP trophy! 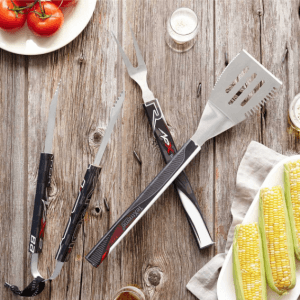 Nothing feels more natural in your beer league dad’s hands than a hockey stick. Therefore, get your dad a custom set of Hockey Stick BBQ Tools so he can handle his favorite meat on the grill with the same finesse he handles the puck. 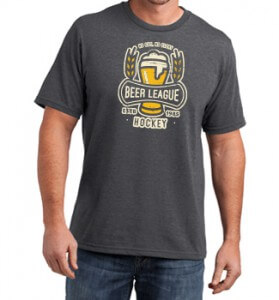 You know how passionate your dad is about the game but that doesn’t mean that everyone else does. Beer League Sportswear will help your dad show he still laces them up and gets together with the boys. Their lifestyle clothing company makes apparel tailored for the beer league hockey enthusiast.

Time for a shameless plug, but let’s be serious, our membership is kick ass! Every hockey player uses tape. And every hockey player has had the terrible feeling of not having or running out mid-tape job. Well never again. The Hockey Players Club delivers the highest quality tape directly to your door, at the best prices, on your schedule. Completely customize every package, set your membership to fill every 1-6 months, and you’re good to go. Plus, no long term commitment required, pause or cancel your membership anytime. And don’t forget, every package ships FREE!