Plainly stated, our adult lives would be less fulfilling without adult league hockey. It keeps us playing the best game surrounded by our best friends… plus it’s a great form of exercise to mix in our hectic schedules. But without certain people, accessories, and technology the game wouldn’t be the same, or a game at all. We gathered our squad of men’s leaguers and came up with 7 adult league must haves:

Every team needs a guy who’s responsible enough to signup your adult league team on time and have the cash flow to foot the bill… knowing well a few scumbag teammates will take the entire season to finally contribute their dues. Without a GM our men’s league hockey would be limited to that of last-minute fill-in. 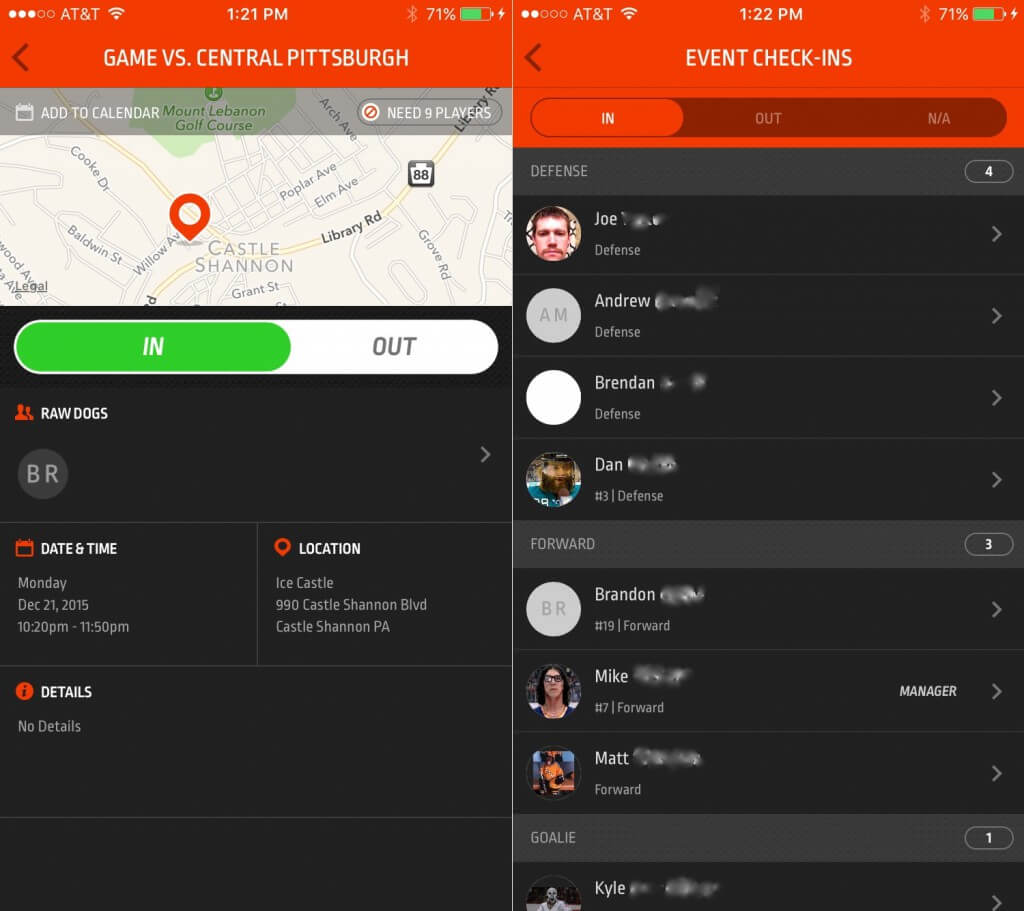 We’re not sure what’s worse: walking into the locker room to find 6 skaters or 16. One burns our legs and lungs while the other delivers cramps and little exercise while warming the bench. Fortunately there’s a killer web and mobile app to make sure that never happens again: Rosterbot.

Once your team manager uploads your team’s schedule, individual teammates easily inform the squad if they’re in or out for tonight’s game with a simple swipe of the thumb. No more guessing who’s showing up tonight … Not to mention there’s an area to chirp your teammates and even pay team dues. Talk about simplifying adult league hockey with a little technology. 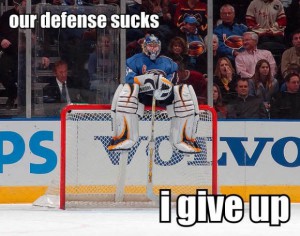 Not only do we need to be able to count on our goalie showing up in the flesh [otherwise it’s an early departure for the pub], we also need him playing consistent between the pipes. We understand our men’s league goalie isn’t as flexible as he used to be and certainly doesn’t see as many shots, but few things are as deflating as a perimeter on-the-ice shot finding its way through the five hole.

Solid, consistent goaltenders are valued at every level of the game and men’s league hockey is no exception.

Even after a full day of work and responsibilities we’re still excited for our midnight adult league game. But all the enthusiasm in the world doesn’t mean the team comes prepared. For starters, not many pro shops are open at the hour we’re skating to stock up on some tape. Also, regardless of what we like to tell ourselves, our game and bodies greatly benefit from a warm up… preferably with pucks. And  at our age we NEED water on the bench.

Whether the same guys contribute these critical accessories or your squad rotates weekly responsibilities, one teammate or another needs to keep the team prepared. Otherwise we risk sloppy tape jobs, poor performances, and heat stroke… Ain’t nobody got time for that! Fact is we’re not as good as we used to be — or if we are, we’re probably not that good. Therefore passing, stick handling, and overall puck possession can be a team wide battle. And it’s tough scoring goals without the puck on your stick. That’s where the team sniper comes in handy. Barring a clear lane and a tiny bit of time this teammate is picking apart the opposition’s tendy just about every chance he gets. What team doesn’t need a consistent scorer?

Locker room time with our teammates is arguably the best part of the game and only made better with a post game beer. It requires some extra time with the boys while also replenishing our bodies of the carbohydrates and nutrients we just burned on the ice. It would be irresponsible and unhealthy of us not to indulge in a brew or two… or at least that’s what we tell our significant others. 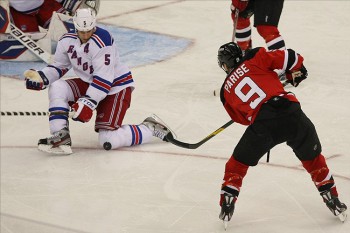 What team doesn’t benefit from a steady-Eddy shutdown defenseman? Especially in men’s league hockey where back checking and defensive zone coverage is often spotty at best, a solid stay-at-home dman can be a godsend. Perfect world they’re 6’3″ or taller, play with a heavy stick, and have no qualm throwing the body in front of oncoming shots. In the run-and-gun style of the men’s league hockey world, these defenders rarely get the glory they deserve but every teammate recognizes their true value to the team.