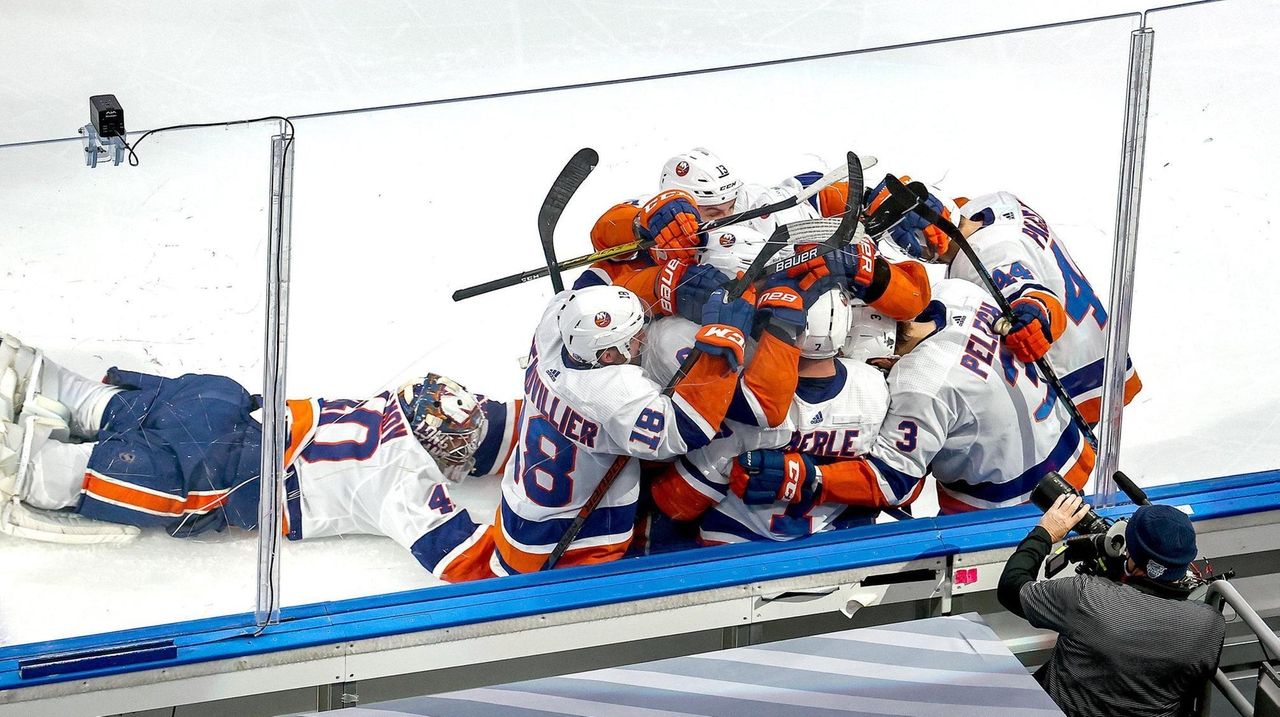 Chances are you were fast asleep last night when Jordan Eberle deposited a beautiful no-look pass from Anders Lee to win Game 5 of the Eastern Conference Finals for the Islanders at 12:30 of the second overtime.

So, you may have missed one of the most epic celebrations in Stanley Cup history.  And it wasn’t from the player scoring the goal.  Instead, it was the Islanders’ goalie, Semyon Varlamov.

Here’s the play in its entirety:

Varlamov may have saved the New York Islanders season. Trailing 3-1 and facing elimination in the best-of-7 series, Varlamov made 36 saves and was named the First Star of Game 5.

“I just jumped because I was so excited for us,” Varlamov said. “Our season was on the line today in this game. When we scored that goal, it was just a lot of emotions going through like in that moment. I was just so happy for the guys and I was so happy for us. … We have a chance to continue to play.”

Of course, the internet trolls came out of their hate bunkers to cast shame on Varlamov’s celebration:

They celebrated as if they won the series. They are still down 3-2 and tonight they did not deserve to win

Not trying to be hateful as my Sabres are hot garbage but this celebration is super extra. They beat a team in double OT to make the series 3-2. All while Point and Stamkos are out. Good luck in game 6.

But, I could give two shits if this celebration was “super extra” or if they celebrated like they won the series.  Celebrate all you want!

These guys have been locked in a damn bubble, competing their asses off with their brothers for the last two and a half months.  And guess what? They don’t want to go home, they want to win!  And if that means you’re pumped after winning an elimination game, then celebrate and have fun however you damn well please.  Bust out the mariachi band, put on your dancing shoes, get out the props – seriously, embrace the moment and enjoy it.  You’ve lived to see another day!

Just for shits and giggles, here’s a compilation of some of the best goalie celebrations in hockey history.  Varlamov’s tops this list if you ask me.