Kus was torn between shocking the crowd with:

or going European-soccer style with:

Kittelberger considered some badass rock-n-roll options from Rev Theory and Greta Van Fleet before ultimately settling on a true classic:

Rubeo was all over the map, contemplating I’m Too Sexy by Right Said Fred and Inside of You by Infant Sorrow (from Forgetting Sarah Marshall) before landing on something a little more practical and relevant:

According to Leaf’s GM, Kyle Dubas, he has “no worry at all” to defend any offer sheets coming Matthews and/or Marner’s way if they don’t sign an extension by July 1st, citing his team’s cap situation and the other quality RFA’s forthcoming (Laine, Boeser, Rantonen, etc.).

Bortuzzo banked a shot off a ref’s beanbag into the net but unfortunately doesn’t count for a goal:

Should this have counted? 🦓🥜🚨

The team debate this viral “pick one” from the HPC Instagram:

What would you pick?! ⬇️

What is this called??

And @PuckHogsHKY shared with us, and the rest of the hockey world, “skategunning,” one of the more disgusting inventions of 2018:

Plus, of course, other topics and plenty of chirps before moving onto…

Meanwhile, Sam Martinez, of Oxnard, CA, continues to lead the pack in December, on his quest to win a free HPC XV3 hockey stick. 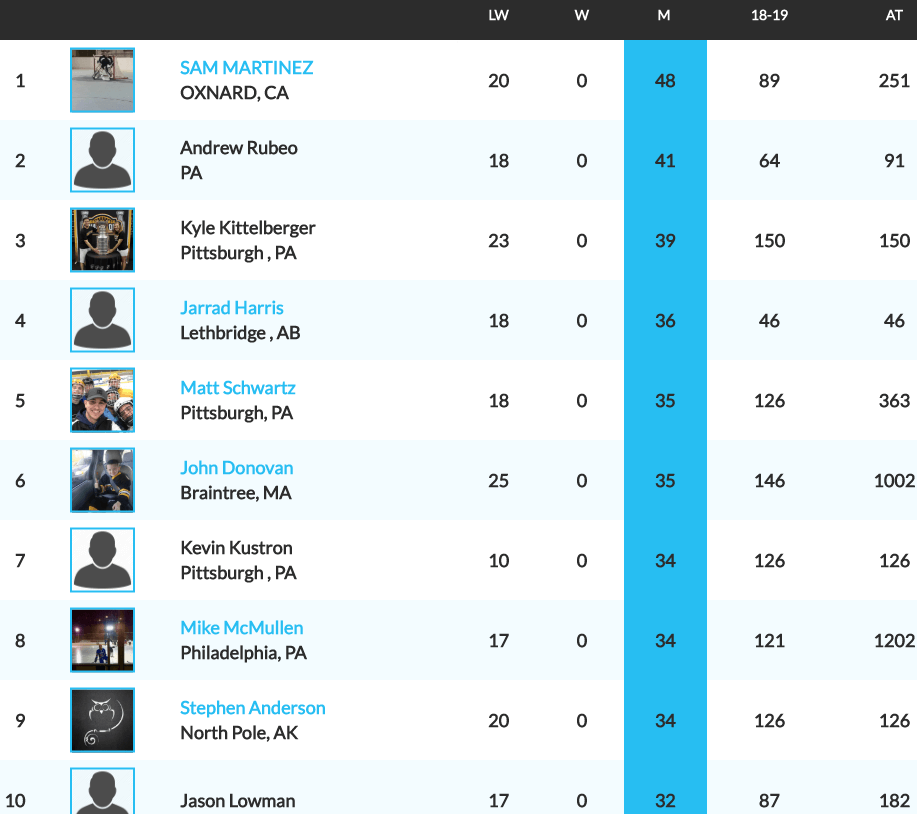 Of course, Kus, Kittelberger, Schwartz, and Rubeo proceed to make their Weekly Picks selections, including this 5-pointer: 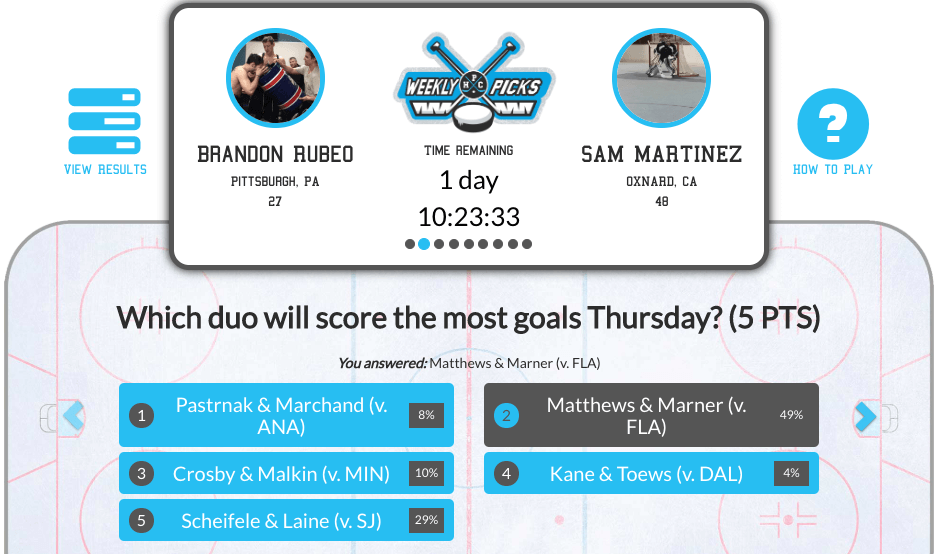 And no Hockey Players Club podcast would be complete without a round of Top Shelf Trivia. This week, Kittelberger changes things up, having the boys guess the top scorer from each NHL club to date. Spoiler alert: Rubeo wiped the floor with Schwartz and Kus on this one.

Please follow and reach out to the Hockey Players Club via Instagram, Facebook, and Twitter to submit your questions and comments to the HPC podcast crew. And don’t forget, take 60-seconds to submit your Weekly Picks for a chance to win a FREE $20 HPC gift card (for weekly winners) and Hockey Players Club XV3 hockey stick (awarded to monthly winners).

And do you hate running out of hockey tape?

If so, customize a Hockey Players Club tape package to your needs and schedule and never run out of tape or pay full retail price again. Pause or cancel anytime. Keeping top quality tape in your bag has never been easier.

Here are some other cool hockey resources from the Hockey Players Club crew:

The Ultimate Guide to Taping Your Hockey Stick

Listen on iTunes or Soundcloud… and make sure you subscribe so you never miss an episode.