Surprise, surprise, HPC co-host Kevin Kustron wasn’t completely wrong with his quoted stat in episode 1 (featuring the Hal Gill interview) of Avalanche defenceman Cole Makar. He wasn’t the first player ever to record their first NHL goal in their first NHL game which was a playoff game, but he was the first defenceman to do it.

Ovi continues to climb the all-time power-play goal ranks. Will he pass Hull this season? Or dare we say Andreychuk?!

John Carlson is racking up points like the NHL’s all-time great defencemen.

And the Drew Doughty – Matthew Tkachuk rivalry continues to brew. Can we please get a playoff matchup this year?!

And the boys dissect some of the season’s early performances as FRAUD or REAL DEAL: 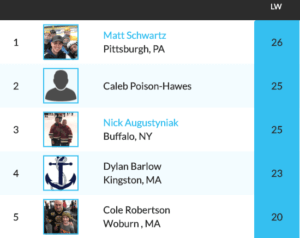 But Matt and his HPC co-founder Brandon didn’t feel right awarding him the $20 HPC gift card for winning last week, instead, it’s been awarded to runnerup, Nick Augustyniak, who’s all-time points win him the tie-breaker over Caleb-Poison Hawes, both of which scored 25 points last week. 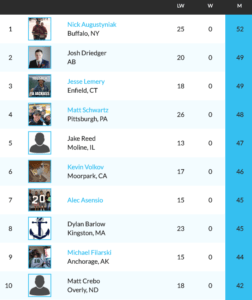 Plus, everyone that registers one point in the month of October is entered to win a free autographed Jack Eichel jersey, compliments of the home of the best memorabilia on the planet, AJ Sports World.

And since no episode would be complete without some trivia, the boys played a round of “Win Kyle’s Money” with last year’s Weekly Pick Playoff Champion, Drew Rubeo facing off against Kyle Kittelberger.

Listen and subscribe on iTunes, Spotify, Google Play, or Soundcloud.