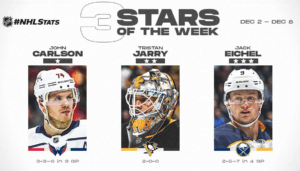 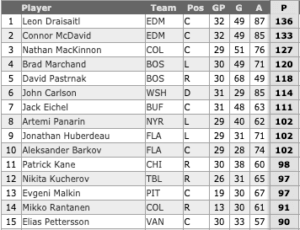 As of today, 10 NHL players are on pace for 100 points this season. Who will hit the century mark?

Also on Tuesday, Gary Bettman announced a four-point plan of action to address the recent accusations and behavior of NHL coaches.

And thanks to John Scott’s tweet, the boys debate: Who’s a player from 2000-2010 that kids today don’t realize how good they were?

Katie Sherman, forward for the University of Pittsburgh women’s team scored an unbelievable 28 out of 30 possible points last week, earning herself a free $20 HPC gift card. 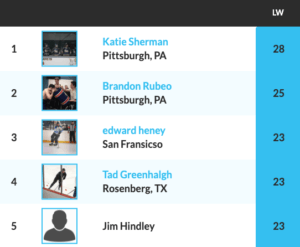 Hockey Players Club co-founder and podcast host Brandon Rubeo currently sits atop the Weekly Picks December leaderboard with plenty of points left to earn this month. Nonetheless, whoever scores the most points in the month of November will win a free HPC X1X hockey stick. 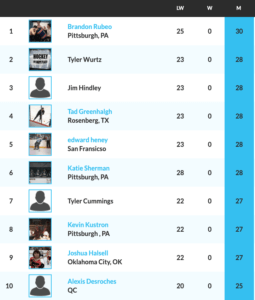 Coming off his first defeat in the short history of Win Kyle’s Money, Kittelberger came prepared, answering an impressive 4 out of 7 questions correct, while his competition, Brian Bahurinsky, answered 2 out of 7 in 60 seconds.

NBA Schedule Change Ideas Should Also Be Considered By NHL
Are the Colorado Avalanche Poised To Make a Big Splash in The NHL Trade Market?