Things are heating up with the NHL trade deadline just two weeks away, the injury bug is taking the NHL’s superstars by storm, and will Matthews hit 50?? 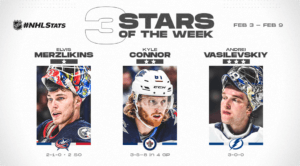 With just under two weeks before the 2020 NHL Trade Deadline, things are beginning to heat up…

The Maple Leafs galvanize their netminder tandem and add grit to their bottom-six by acquiring Jack Campbell and Kyle Clifford from the Kings in exchange for forward Trevor Moore, a third-round pick in 2020, and a conditional third-round pick in the 2021 NHL Entry Draft.

The Pittsburgh Penguins bolstered their top-six by trading for Jason Zucker from the Wild for Alex Galchenyuk, prospect Calen Addison, and a conditional 2020 first-round pick.

And while teams are making their push to make the playoffs, a number of superstars have gone down with injuries…

And what kind of cheaters do we have in Arizona?

According to Darren Dreger, the NHL is investigating the Arizona Coyotes for testing at least 20 draft-eligible players outside of the NHL combine… a big no-no that could carry a $250,000 fine per incident. 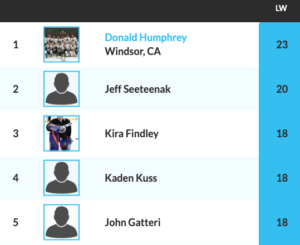 And with plenty of points left on the board in February, the Weekly Picks February leaderboard is heating up!  Whoever ends up on top will be taking home a free HPC X1X hockey stick. 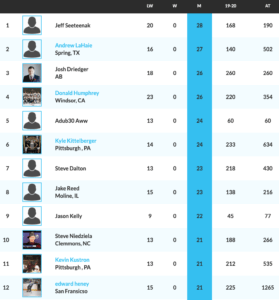 This week, Schwartzy brought the heat with some difficult questions. Worthy opponent and Hockey Players Club member, David Stein answered an impressive 3 out of 7 correct. Was it enough to hand Kyle his second defeat of the season? Listen and find out 🙂

Jagr Continues to Parallel the Story of Mr. Hockey
With Makar and Hughes, NHL Calder Race Is On The Defensive