Draisaitl continues to produce without McDavid, the NHL trade wire is heating up, what to make of Bissonnette accusing Carcillo of racist behavior, & more… 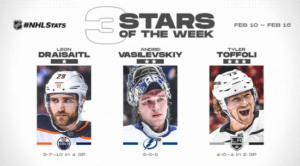 Leon Draisaitl, Andrei Vasilevskiy, and Tyler Toffoli were named the NHL’s 3 Stars of the Week. Draisaitl’s consistent production is particularly impressive when you consider he hasn’t played with McDavid much the past few weeks.

Tyler Toffoli’s hat trick (the first ever recorded in an outdoor NHL game) was one of the few bright spots of this year’s Stadium Series. But insane traffic and the tragic death of a man en route to the event overshadowed the on-ice entertainment.

And Toffoli’s heroics didn’t spare him from being traded to the Vancouver Canucks ahead of the NHL trade deadline. The Kings weren’t done there, sending Alec Martinez to the Golden Knights shortly thereafter.

Jay Bouwmeester went into cardiac arrest and collapsed on the Blues bench. Fortunately, he successfully underwent surgery to implant a defibrillator to restore his heart’s normal rhythm, but his NHL career is likely over.

Marc-Andre Fleury of the @GoldenKnights recorded the 60th regular-season shutout of his NHL career to move past Evgeni Nabokov (59) for sole possession of 18th place on the NHL’s all-time list. https://t.co/SV2vui981v #NHLStats pic.twitter.com/xrTfwqyjjo

After hearing one too many critical comments from Daniel Carcillo, Paul Bissonnette called out Carcillo’s racist locker room behavior, beginning a shitstorm of social media backlash. 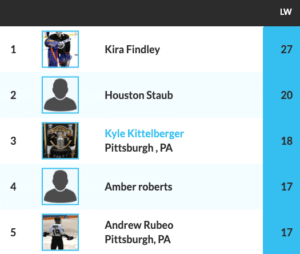 And with this week and next remaining, Kira sits atop the Weekly Picks February leaderboard, with Kyle only 3 points back!  Whoever ends up on top will be taking home a free HPC X1X hockey stick. 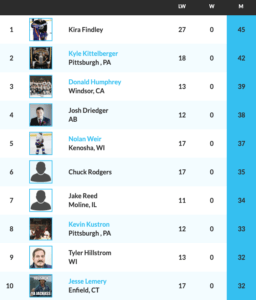 Thanks to a confident email claiming an early victory against Kyle, Schwartzy called upon HPC member and proud Weekly Pick participant, Joe Florian to try and defeat Kittelberger. Was it enough to hand Kyle his second defeat of the season? Listen and find out 🙂