Few things are as exhilarating as stepping on clean ice with your hockey brethren and having no practice planned or game scheduled. Just an open sheet to enjoy the crisp air, be creative, and remember all the simple things that make this game so special. For many, opportunities like these are few and far between. Unless you have regular access to a private rink, frozen pond, or simply a surplus of ice in your hometown, these moments are reserved for public sticktimes. 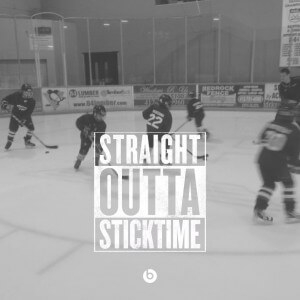 Sticktimes can be great, especially if you’re lucky enough to have the sheet to yourself and friends. Most often there’s a number of players ranging in age and skill with different intentions in mind. Some come to play a game, others to work on skills, and others just enjoying a little time on the ice with no motive in mind. Regardless, a public sticktime inhabited by a group of strangers always has a few characters we’ve all seen a hundred times…

This guy came on the ice for one thing and one thing only: either taking slapshot after slapshot or just repeatedly getting in line to take breakaways on the goalie. He doesn’t care to pass any pucks or even skate all that much. He’s either showing off how hard he can hit the glass or he’s displaying his creative yet ineffective shootout moves. Hey, no hate here bud. Have fun just don’t hurt anyone or embarrass yourself too bad. 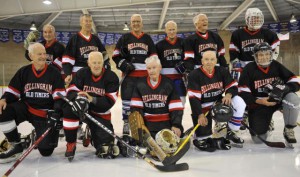 One of the easiest breeds to identify, these senior citizen players are often sporting gear older than you. And if it’s not his leather skates or wooden stick that give it away, his lack of bucket showcasing his grey hair and his overall lack of mobility certainly will. He’s typically good for a couple down-and-backs with a shot or two mixed in before taking a prolonged seat on the bench. Don’t worry, once his heart rate is back in check he’ll be back out there for another brief shift. 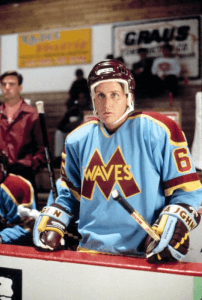 Sometimes you can smell this guy’s arrogance from the locker room, but if you can’t, you’ll easily notice his 10+ year old varsity, junior, or college jersey showing off his young “stardom.” Like riding a bike this has-been can still maneuver well and fire a puck, albeit a lot slower and less accurate. That’s okay, he’ll still jump in the pick up game with the young’ens and proceed to not pass once. In case you’re stuck playing with him, pray you don’t take a long water break between games, otherwise he’ll make sure you hear the story of the one time he played against Sidney Crosby and won… in squirts. Enjoy the open ice bud, but save your delusional out-of-context stories for never. Thanks. 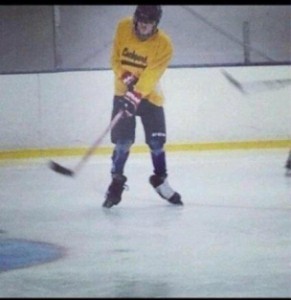 The easiest to pinpoint, without question, this individual is eagerly trying out ice hockey for the first time. We applaud their courage to progress from puck-less open skate but we’re slightly concerned for their well being with a stick in their hands. Often still wearing rental skates, and occasionally using a street hockey stick, we know not to get too close to the newbie — at any point we know they might lose their balance and recklessly swing their stick to regain it. Thanks but no thanks buddy, I’ve had enough stitches in my face thanks to playing competitively.

Ambitious and full of piss-and-vinegar, this young buck can be found darting around the ice. Either diligently putting himself through skill development drills [often times with a private instructor] or trying to persuade the older players he’s good enough to join their pick up game, this kid is at sticktime for the opportunity to challenge and better his game. We respect it, we just hope he keeps his head up so he doesn’t run over and end the Newbie’s career before it even starts.

Our members are crazy smart. They save time and money by having their hockey tape and essentials delivered to them for just a few bucks a month. #SmartMove #WickedSmart