Letang responded with a worthy, although some might argue slightly-biased, list of the top 5 NHL players right now. 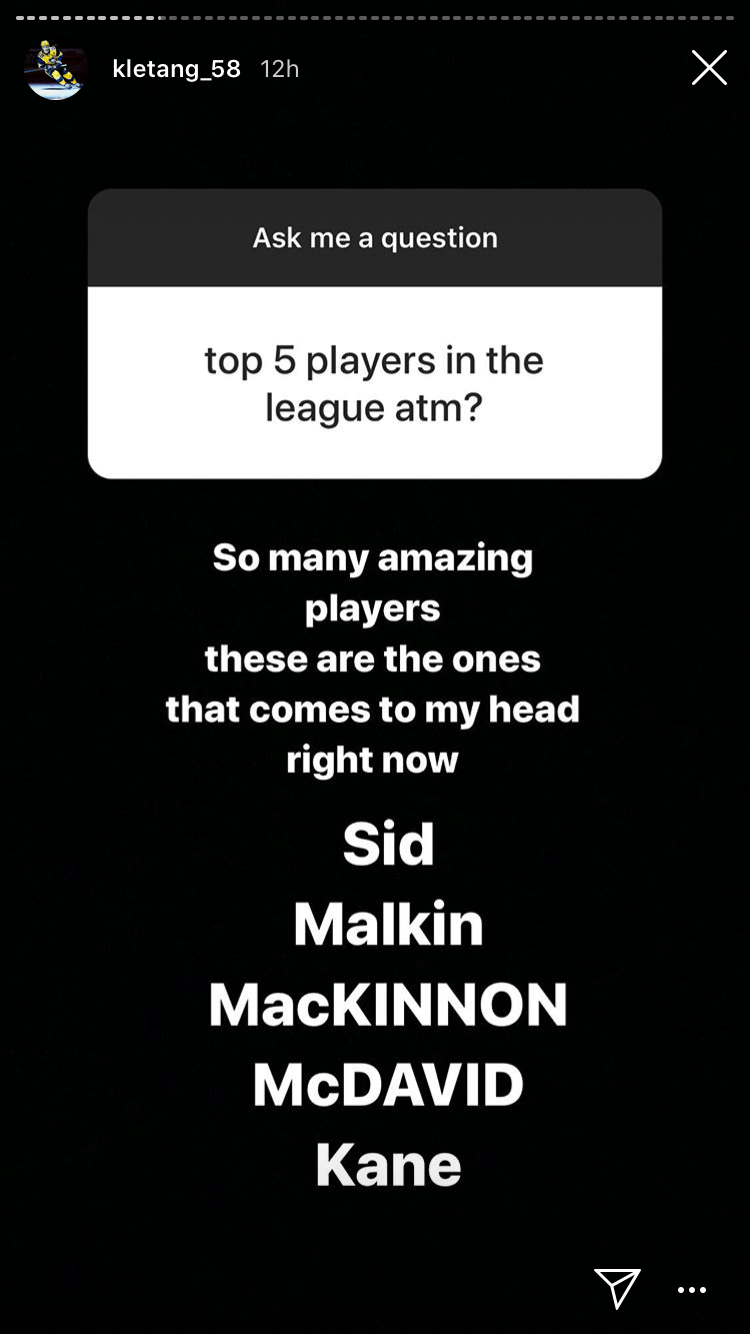 Although Connor McDavid received 68.35% votes as the league’s best forward in the NHLPA player poll, Kris Letang, of course, selected his captain Sidney Crosby as the top player in the NHL. What he lacks in youth he makes up for in trophies and championships.

Letang’s vote for Evgeni Malkin as the league’s second-best player in the NHL is a little more controversial. Snubbed by the NHL’s 100 Greatest List, Malkin often doesn’t get the respect and notoriety he deserves. But considering Letang has had to match up against the Russian Conn Smythe winner for the past 13 years in practice, we’ll trust his insider knowledge on this one.

Nathan MacKinnon‘s speed, vision, tenacity, and a laser beam wrist shot make for a nearly unstoppable combination. But does he have what it takes to lead the Avs into a deep playoff hunt?

It’s hard to comprehend how Connor McDavid slid down Kris Letang’s list to the #4 spot, but we’ll wait until we’ve played 800+ NHL games to question his judgment. The 3rd youngest player in the NHL history to win a Hart Trophy is widely considered the top player in the league.

Patrick Kane joins Crosby and Malkin as the other Conn Smythe winner of the list. Known for his silky mitts, deft passes, and hard-to-read releases, Patty Kane is a menace to defend.