Since 2014, the average NHL team’s net worth has grown 21.6% in value. Crazy, right?! The average NHL franchise is now worth $505 million, with some of the top dogs worth over a billion. That raises a very important question: if you had the money, which NHL franchise would you buy?

For reference, here is a look at the top 10 most valuable NHL franchises: 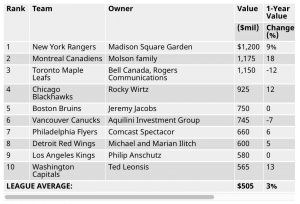 For a lot of people, it’s a no-brainer, they want to own their favorite hometown or childhood team. But there are other aspects to consider when choosing the NHL organization you’d most want to own.

All of the original six teams are in the top 10 for overall value, and those fanbases aren’t going away anytime soon. Plus, given their tradition, imagine all the hockey legends you’ll rub shoulders with during alumni get-togethers! 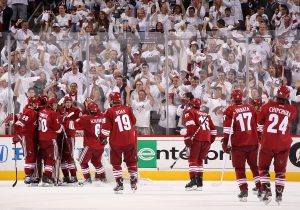 Wouldn’t it be unreal to buy an NHL franchise and lead them to their first Stanley Cup victory? Not only would you become a hometown hero, you’d have a good chance of being inducted into the NHL Hall of Fame… not a bad perk!

The Most Valuable Team

The appeal of buying the team worth the most is definitely real. Currently, the honor goes to the New York Rangers valued at $1.2 billion. An original 6 squad, in the Big Apple, worth well over a billion. Sounds pretty good to us! 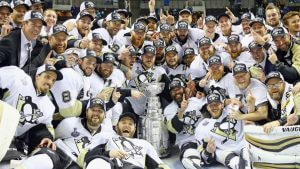 Considering the Pittsburgh Penguins look poised to defend their title as Stanley Cup Champions, many would be hard-pressed (except Flyers fans, of course) not to try and buy into their winning ways. Who doesn’t want to host a party with Lord Stanley’s Cup as your special guest?

But, if the Hockey Players Club could own one NHL franchise, it would be… 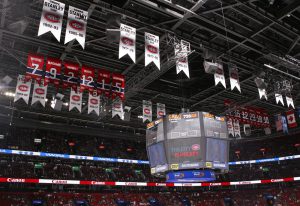 As the winningest franchise in NHL history, and currently valued at $1,175,000, the Montreal Canadiens are our first choice for an NHL franchise to own. Known to have some of the most dedicated fans, nothing suggests this franchise won’t always be revered as one of the best. Now we just need to brush up on our French!

If you could, what NHL franchise would you buy and why? Comment below! 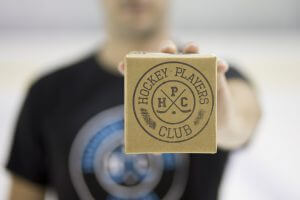